Adding Fresh Articles to Entertain and Inform You Throughout Your day

Unrequited love is often characterised as romantic, particularly first crushes. Such was the case for a long time of the teenage longing of the future King George IV, who pined for the governess of his sisters, Mary Hamilton.

Yet now, thanks to letters unearthed by the Unlocking Mary Hamilton Papers Project, that tryst has been cast in an altogether unflattering light, as correspondence between the two reveals that the future monarch bullied and blackmailed the subject of his affections after she rejected him.

After first meeting in the summer of 1779, when his mother Queen Charlotte recruited her to the royal household, the 16-year-old Prince of Wales was smitten, writing to Hamilton, ‘I now declare that my fair incognita is your dear dear dear Self… Your manners, your sentiments, the tender feelings of your heart, so totally coincide with my ideas, not to mention the many advantages you have in form & person over many other Ladies, that I not only highly esteem you, but even love you more than Words or ideas can express.’

Sensing danger, Hamilton tried to placate the royal by urging platonic friendship, rather than outright rejecting him, yet his advances persisted, even asking her to meet him in secret. Subsequent letters showcase several techniques associated with emotional abuse; such as ‘negging’ her by sharing nasty court gossip (he tells her she is deemed plain and suggests she is ‘toadying’), threatening suicide, and even blackmail, when he says that if he does kill himself, he will ensure that others think that they were having an affair.

As reported in The Times, the project at Manchester University’s John Rylands library is being co-led by Dr Sophie Coulombeau, lecturer in English Literature at the University of York. Writing in an essay online entitled ‘This is not a love story: Mary Hamilton and George IV‘ she explained that such a scandal would have ruined Hamilton’s reputation, casting her as ‘damaged goods’.

She goes on to detail the emotional impact on Hamilton, explaining: ‘By her own account, she was frightened, distressed, tortured, melancholy, and uneasy. She apparently told the prince in a letter, as her tears stained the page, that she wished she’d never seen him. She told him that she wanted to leave what she later described as a “disagreeable situation”.’

Hamilton’s torment came to an end when his attention shifted to the actress Mary Robinson, who was a more willing paramour. She fell from favour and left the royal household, later marrying for love.

King George IV has not been remembered well and was once voted Britain’s worst king in an English Heritage poll in 2008. In the public consciousness today he is perhaps best associated with Hugh Laurie’s portrayal of him as vain, shallow and foolish in Blackadder. His own marriage to Princess Caroline of Brunswick was unsuccessful, with the two separating after the birth of their only child, Princess Charlotte.

Subscribe now for a trial offer of 3 issues for £1 plus free digital editions and home delivery.

The Court Circular is your inside track on the latest happenings in the Royal Family, covering the biggest stories shaping the monarchy right now.

Thank You. You have successfully subscribed to our newsletter. You will hear from us shortly.

Sorry, you have entered an invalid email. Please refresh and try again.

In order to see this embed, you must give consent to Social Media cookies. Open my cookie preferences.

0 286
Who are Prince Philip’s German relatives? 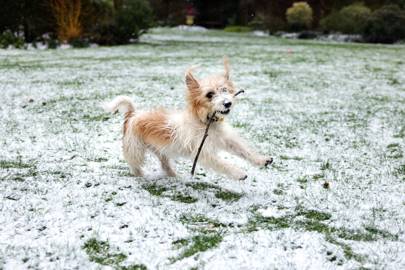 0 276
From Dilyn the dog to Sybil the cat: A history of Downing Street pets